He was also awarded an MBE.

Ed Sheeran is pretty hot right now and his 2017 is set to end on a high after getting awarded an MBE at Buckingham Palace today for his services to music. Bless him.

In a series of posts shared on his Instagram, the 'Perfect' singer couldn’t hide his excitement as he held his award in one snap and captioned it: “Honoured to be awarded an MBE today at Buckingham Palace x.”

Sweetly, the 26-year-old dedicated the award to his late grandfather Bill Sheeran who died on this day four years ago saying he'd be "proud" of him.

Honoured to be awarded an MBE today at Buckingham Palace x

As well as snagging all the awards, breaking records left, right and centre and joining forces with Beyoncé, Ed’s also got his eye on shutting down the next royal wedding, with a performance that is.

When questioned on whether he’d perform at Prince Harry and Meghan Markle’s wedding if he was asked, he casually replied: “Yeah, why not?”

Now THAT would be a show. 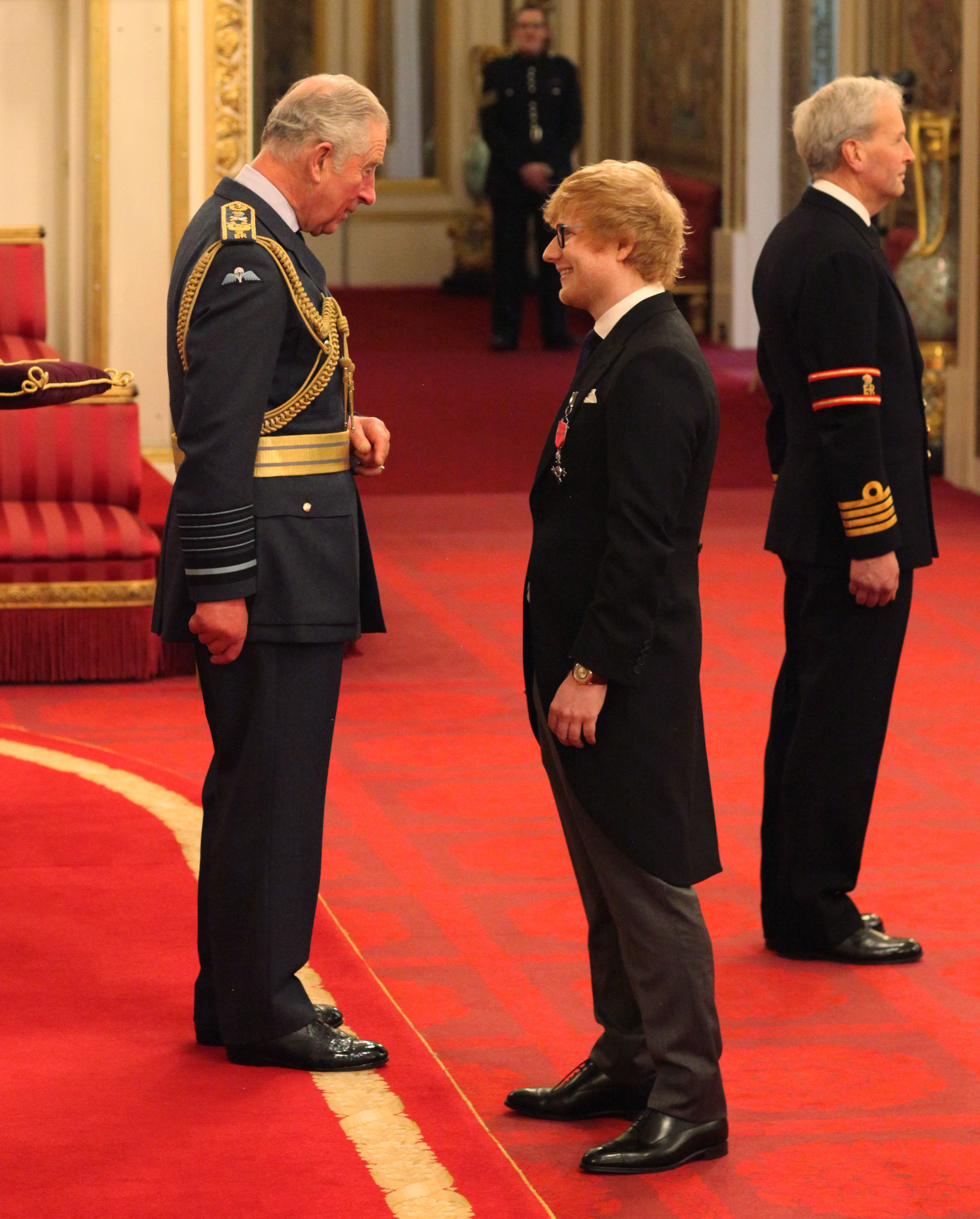 > Download Our Snazzy New App For All The Latest Ed Sheeran News!

Watch the sweet clip of Ed after getting his award...