"It Was Taken Out Of Context": Ed Sheeran On The Rumour He Was Homeless 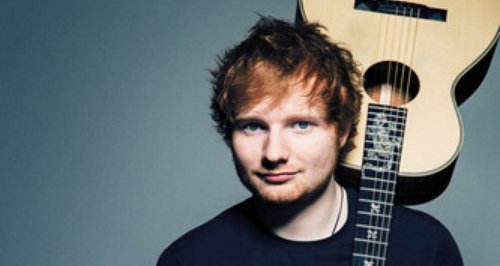 Ed Sheeran might be topping all the charts now, but he admits he had his struggles trying to make it but says the claims he was homeless were taken out of context.

Life’s not always been easy for Ed Sheeran, although he is absolutely ruling the charts these days, his start in the music industry was pretty tough.

Ed Sheeran has spoken about the sacrifices he made to make it in the music industry in his new book, ‘A Visual Journey’, describing how he slept rough after leaving Suffolk for London to study music in 2007 and running out of money to pay rent, but he told Capital that the claims he was actually homeless were taken out of context.

He explained that he wasn't actually homeless, he just didn't have a place to stay for a while:

In the book he explains, “There was an arch outside Buckingham Palace that has a heating duct and I spent a couple of nights there. That’s where I wrote the song Homeless and the lines ‘It’s not a homeless night for me, I’m just home less than I’d like to be.’”

Although he now has an estimated fortune of over £7million according to the Daily Mail, at the start of his career Ed had to try and make a living performing gigs and selling CDs from his rucksack while sleeping on the Underground or friends sofas.

He says, “I didn’t have anywhere to live for much of 2008 and the whole of 2009 and 2010, but somehow I made it work. I knew where I could get a bed at a certain time of night and I knew who I could call at any time to get a floor to sleep on. Being sociable helped. Drinking helped.”

“I spent a week catching up on sleep on Circle Line trains. I’d go out and play a gig, wait until 5am when the Underground opened, sleep on the Circle Line until 12, go to a session – and then repeat. It wasn’t that bad. It’s not like I was sleeping rough on the cold streets.”

And the downfalls of not having access to a regular shower meant this period of Ed’s life was a bit of a whiffy one… He explained, “I didn’t have the best personal hygiene at that point because I didn’t get a chance to shower.”

“It was just: sleep on the train, session, sweat on stage, drink, sleep on the train. I had 23 dreads on one side of my head from not washing my hair. My girlfriend counted them when she took them out with a comb.”

Luckily for Ed, it was all worth it in the end!