Ed Sheeran & Cherry Seaborn Got Engaged & We Couldn't Be Happier For Them!

We can't deal with how sweet this all is!

Ed Sheeran asked girlfriend Cherry Seaborn to marry him just before the New Year and she said YES (of course). The 'Perfect' star announced the news on his Instagram with the caption: "Got myself a fiancé just before new year. We are very happy and in love, and our cats are chuffed as well xx" - n'aww.

The pair have supposedly been dating since 2015 however have been able to keep their relationship out of the limelight for the duration of their time together.

Got myself a fiancé just before new year. We are very happy and in love, and our cats are chuffed as well xx

Cherry and Ed were pictured together as far back as September 2015 with Calvin Harris and music video director Emil Nava: 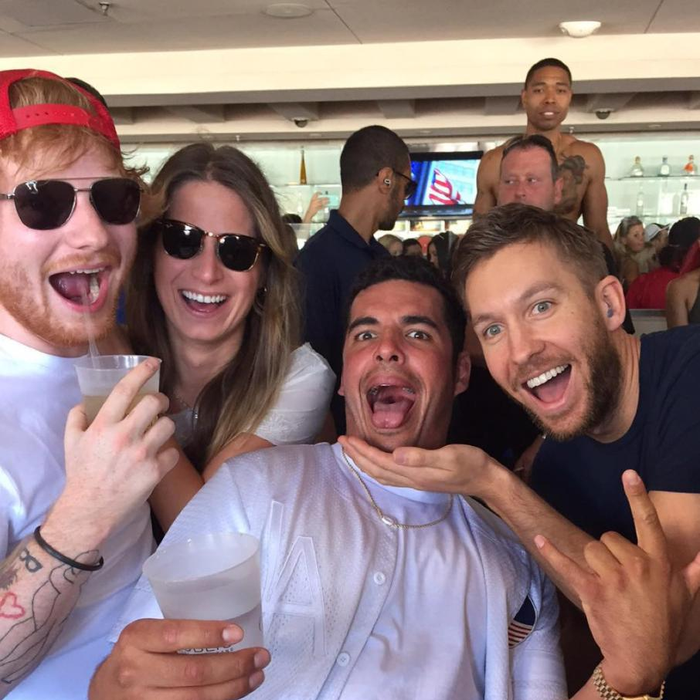 So, the question now is... when will the wedding happen!? Who will be the best man?! Oh god, Harry Styles is going to be performing at it isn't he? TOO. MANY. QUESTIONS.

> All The Die Hard #Sheerios Have Downloaded Our App... So You Better Get To It Too!

Just before Ed got engaged he sung his heart out at the #CapitalJBB & it was gorgeous!