Shall we give Ed Sheeran the new title King Of The Comeback?

The first Friday of 2017 saw the singer release not one but two brand new tracks that have since sat at number one and two on the Vodafone Big Top 40.

But it turns out we could have heard from Ed sooner than we all thought, a lot sooner.

In an interview across the pond in America he's revealed that he originally planned to release a single in September and the album in November but didn't because of the "sh*t storm" of the American election. 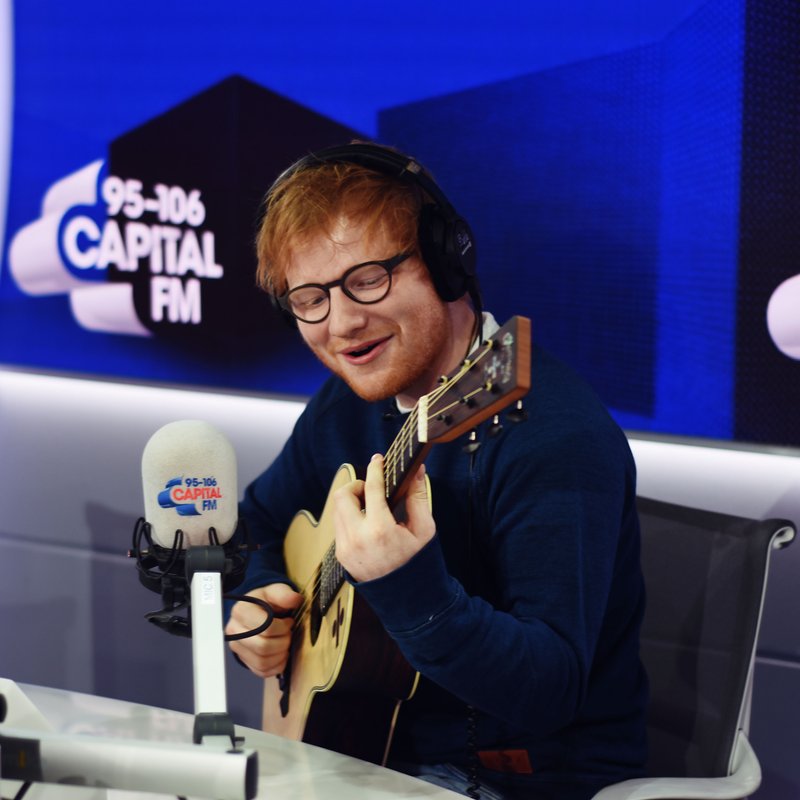 The Castle on a Hill hitmaker said: "The plan was to come in September and then the album was meant to come in November, but the week the album was coming out was the week the presidential elections - that was just a s**t storm of media and I was like obviously if I come out with a record then no one's gonna care and then the week after Bruno [Mars] came out, the week after The Weeknd came out and I was like..."

He continued, "It feels like a clean start this year not like any time I've come out there's always been another person. Like remember the first year I came out, being nominated for every award but then Adele was nominated for every award, and I'd kinda turn up like, uh yeah. But this year it kinda feels like there's no one there ... I'm very, very confident in this year. This year is mine!"

We like the sound of that Ed. More than happy to brand 2017 the year of the ginge tbh.

Also really liking the sound of how he sees himself as basically two different people.

Speaking to Zane Lowe on Apple Music's Beats 1 Radio, he explained, "I think there's me, normal me, who goes to the pub with his mates, goes on bike rides, hangs out with his cats and then there's 'juggernaut' who puts three years of work into an album and feels the whole world has to hear it.

"I'm never going to hide the fact that I'm a very competitive person and I do want this to be the biggest album in the world. But this is where my career really begins - the rest has been a set up to this point."

Bring on the 'juggernaut' we say.