The 'Headlines' rapper was given complete freedom to record his sophomore release in 2011.

Drake's producer on second album 'Take Care' says the rapper experienced the "greatest freedom" while working on his latest record.

The 'Moment 4 Life' rapper released his latest album in November after recording with friend and producer Noah "40" Shebib, who says Drake had more control over the record than on his 2010 debut 'Thank Me Later'.

"And that's the greatest freedom you can possibly have in this business."

Shebib added: "I help him get out his ideas. I think that's the goal of any good producer, is to make sure the artist is delivering what they want."

The rapper is due to release 'Take Care', featuring Rihanna, as the album's fourth single in the US on 17th January.

Drake will embark on his 'Club Paradise' arena tour across the UK starting at the end of March. 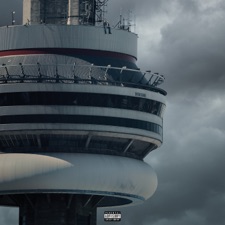 Drake And Maya Jama: Why Stormzy's Ex-Girlfriend Featured In New Song 'Only You Freestyle' Lyrics