The 'Cake By The Ocean' superstars were on hand to meet fans in Mexico when fans got a little touchy with Joe.

So, we're not going to lie. This is a tricky one to watch. Mainly because we knew that if we had a spare second to give Joe Jonas a smooch, we REALLY wouldn't pass up on the opportunity...however it is a little bit of an invasion of his space right?

Have a little look at what happened when DNCE stopped by a mall in Guadalajara, Mexico to say hey to their fans..

She really did hold on for as long as she possibly could, but check out what happens when you lunge in with a kiss...

We can all see that the bodyguard goes into military mode, however fans are undecided as to who is really in the wrong here. The heavy handed bodyguard or the fans?! What do you think? 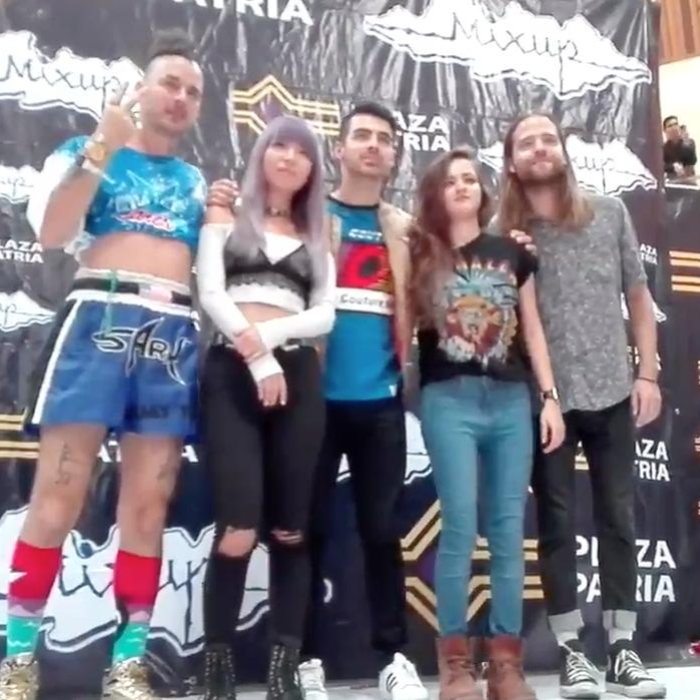 Either way, we're just going to be over here dancing to 'Toothbrush' and eating cake by the ocean.