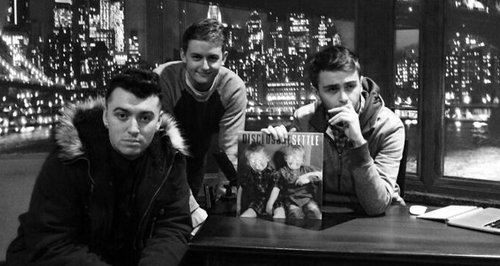 The 'F For You' duo made their debut on American television with an amazing performance of their 2013 hit.

Disclosure and Sam Smith made their US TV debut last night (21st January) to perform live on Late Night With Jimmy Fallon.

The 'Settle' duo performed their 2013 hit 'Latch' live on the late night chat show on Tuesday evening, fresh from several performances over the weekend at New York's Terminal 5.

The pair were memorably joined by R&B superstar Mary J. Blige for 'F For You' during one of their shows, and the pop star has since hinted that a full collaboration could also be in the works.

"Great fun performance last night with Disclosure. Really fun talented guys. Looking forward to working with them. Love u #Sting," she tweeted after the duet, before adding:

Disclosure's album 'Settle' is up for a gong at the Grammy Awards 2014.