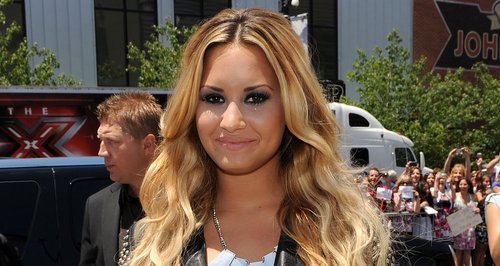 The US star chats to us ALL about how much she loves 'Sing' star Ed Sheeran.

Demi Lovato has named Ed Sheeran as the artist she would MOST like to team-up with, and says the pair will eventually get to record together!

The 'Really Don't Care' superstar opened up about wanting to work with the 'Don't' singer while chatting exclusively to Capital's showbiz reporter Kevin Hughes at the Royal Variety Performance last night.

Demi Lovato on wanting a team-up with Ed Sheeran....

"Ed Sheeran. [He's here tonight] and we've talked about it before," Demi told us. "It's hard because he lives here and I'm in LA and we're so busy too.

The US star ALSO named the likes of Kelly Clarkson and Eminem as names on her hitless for future collaborations. YES PLEASE!

"I also am obsessed with Kelly Clarkson, she's been my idol. I'd love to work with Eminem and Iggy Azalea," she added.

Demi Lovato Comes Out As Non-Binary And Changes Pronouns