The ‘Hey Mama’ hitmaker has gone down in history with a landmark amount of streams – and it’s well deserved, too!

How many people can say that their music has had two billion streams on Spotify? Well, three in the entire world - and the latest one is Mr David Guetta!

David Guetta became the third artist in history to reach the landmark amount of streams for his music, following in the footsteps of Eminem and Ed Sheeran – and David is also the most-followed artist on Spotify with 6.8million followers. No small fry!

David said of his achievement, “I want to thank you so much for helping me reach this incredible milestone, 2 billion streams on Spotify! Wow, mind blowing!”

David’s got some serious hits under his belt with collaborations with everyone from Nicki Minaj to Sia, so it’s no wonder he’s one of the most-listened to artists. 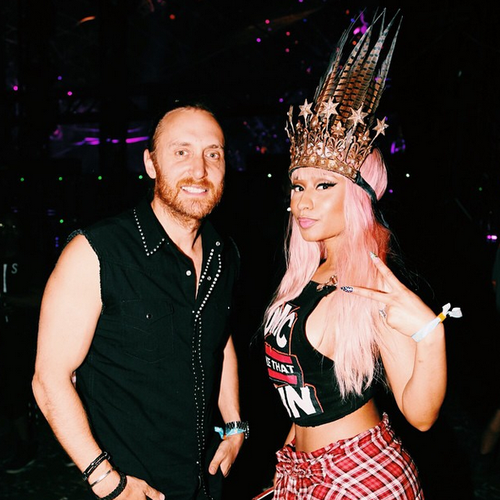 Spotify have said of the achievement, “David Guetta is obviously one of the most popular artists on Spotify globally, so him smashing the 2 billion plays milestone should come as no surprise. But it is worth also noting that he achieved this landmark thanks to his huge fan base of over 15 million fans on Spotify who listen to his music every month, and who together helped him hit this landmark in record time.”

We’re already excited for what’s still to come from Mr G – no doubt this guy will be smashing records for a long time to come!

David Guetta will be headlining Wireless Festival with Nicki Minaj on Sunday 5th July, keep it Capital for your chance to win tickets.

Wireless Festival 2015 - check out the full line up right here