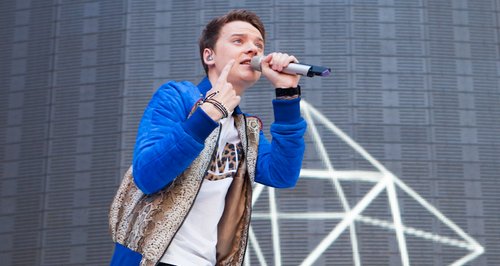 The 'R U Crazy' singer will join the Black Eyed Peas man for three dates later this year.

Conor Maynard has been announced as the special guest for Will.i.am's upcoming UK Arena tour.

The 'Can't Say No' singer will perform with the 'Bang Bang' star for three nights this December – including a performances at London's O2 Arena.

The short outing kicks off at the Manchester Arena on 3rd December before heading to Birmingham the following night and ending with the big night in the capital.

Conor is currently preparing for the release of his new album next year and recently hit the top five of the Vodafone Big Top 40 with latest single 'R U Crazy'.

Will.i.am has been working on Britney Spears' new album and also his The Voice contestant Leah McFall.