Oops! Grace From Clean Bandit Lets Slip That They Have A New Song With MNEK Coming!

Well that's an exclusive if we ever heard one! Clean Bandit reveal a brand new collab and tell us what we can expect from the new album.

Uh oh… it seems Grace Chatto from Clean Bandit let a little more slip than she meant to when she chatted to us at Fusion Festival - the band have a brand new collab with MNEK in the works!

Yep, Grace spoke to Capital about the new music coming up for Clean Bandit, and admitted that they have worked with MNEK on another new song for their second album. Grace admitted, "Yeah we have worked with him and we've got more stuff in the pipeline."

The band revealed they are going into the studio in ten days time to lay down some new songs and they already have some exciting new names in the bag to work with.

But will we also see a team-up with Years & Years now that Neil is dating Olly Alexander? It looks like we shouldn't hold our breath according to the man himself, "I don't think there will be any collaborations with him. I think we've decided not to do that." 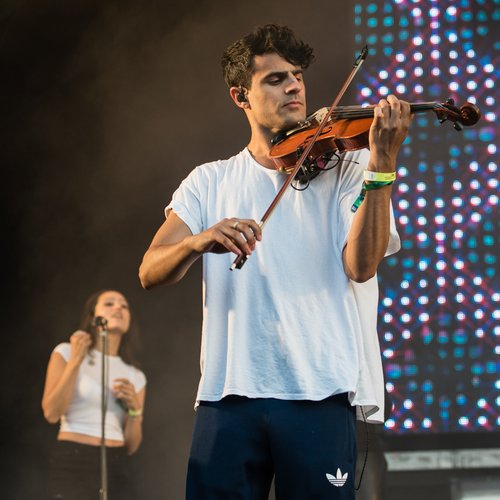