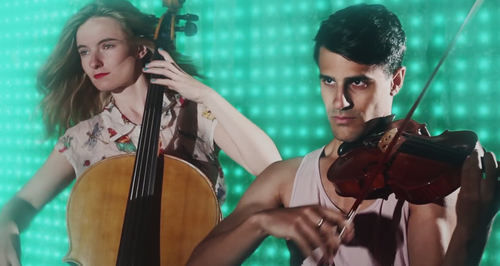 The 'Rather Be' group will be hitting the road up and down the UK from April this year.t

Clean Bandit have announced a brand new tour for Spring 2014 kicking off in April.

The UK four-piece are set to perform five new dates across the UK in three months time, fresh from their massive success with the chart-topping 'Rather Be'.

Earlier today (28th January) it was also announced that the 'A+E' group will perform live at Wireless 2014 in July, while their single 'Rather Be' made it two weeks at number one on the Vodafone Big Top 40 this past Sunday (26th January).

> 8 Facts about 'Rather Be' four-piece Clean Bandit!

Tickets for Clean Bandit's newly announced tour dates are set to go on sale this coming Friday 31st January from 9am.

Check out the full dates on Clean Bandit's new UK tour below: