A new track from Ciara has been leaked on to the web today featuring Usher.

Turn It Up is rumoured to be featured on Ciaras new album Basic Instinct which is due for release in December.

The track gives an indication that the singers new album could feature a lot more upbeat, club style tracks compared to her previous offerings. 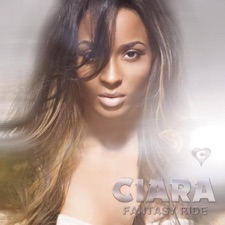 Ciara at the Summertime Ball