The 'Turn Up The Music' star has told fans when they can expect to hear his new single for the first time.

Chris Brown has confirmed that he will be unveiling the official music video to his new single 'Fine China' on 1st April.

The 'Don't Judge Me' singer took to his Twitter account to post a link to a series of teaser shots from the promo and told fans when the new tune can be hear for the first time.

He was pictured earlier this month on set of the new video as he cosied up to a mystery female.

The track is the first to be taken from his forthcoming new album 'X' – which he confirmed the title of this week.

Check out one of the teaser shot for Chris Brown's new video below: 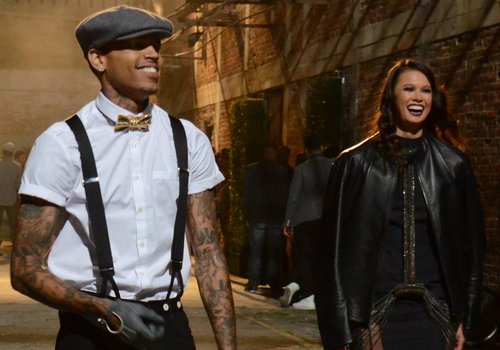 He has also told fan to expect something "nostalgic" and with a Michael Jackson groove when his latest track drops.

The album follows on from his 2012 release 'Fortune'.