The 'Turn Up The Music' star was spotted on set in Los Angeles filming for new track 'Fine China'.

Chris Brown was pictured filming scenes for his latest music video in Los Angeles this week, and cosied up to a mystery female on set.

The 'Don't Wake Me Up' star was wearing a black leather jacket and grey flat cap as he got intimate with the girl – who was sporting a skin-tight red and black dress.

The track is expected to feature on the star's forthcoming new studio album – set for release later this year.

The R&B star had previously revealed details on the record and confirmed he'd been working with the likes of Diplo, Timbaland and Danja for the project.

A new album would follow on from the star's 2012 release 'Fortune' which hit the number one spot in the US and UK. 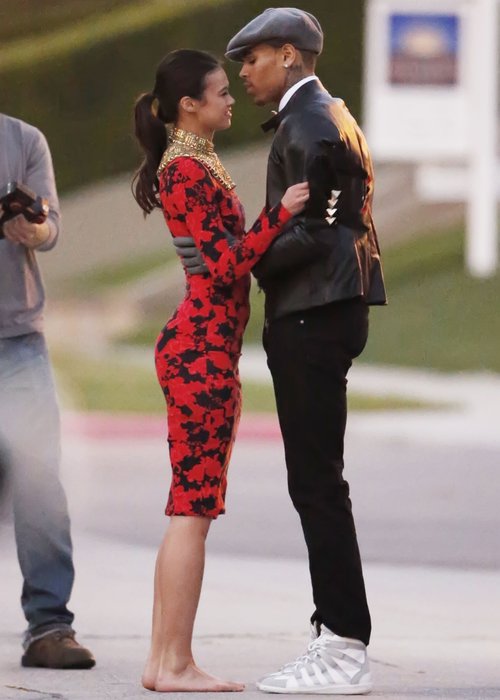 Meanwhile, the star's personal life has continued to hit headlines in recent weeks after his public reconciliation with Rihanna.

The pair were also rumoured to be plotting a summer wedding after seemingly confirming they were back in a relationship.