The 'Don't Wake Me Up' singer has been spending a lot of time with the model since splitting from Rihanna.

Chris Brown has been pictured getting close with Karrueche Tran in a new picture posted on Instagram.

The 'Turn Up The Music' singer has been rumoured to have rekindled his romance with the model following his split from Rihanna.

The former couple separated at the end of last year shortly before he got close again to the Bajan star.

Now he is once again seemingly back dating Karrueche, although neither star has confirmed or denied the reports.

Check out the picture posted on Instagram of the couple below: 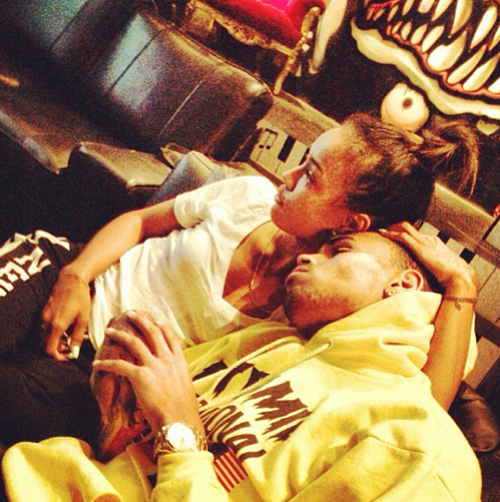 Rapper Kid Red captured the shot and posted the caption: "No friendship without love."

Rihanna and Chris' brief reconciliation was revealed to be over back in April when the R&B singer said he would be celebrating his birthday as a single man.

The pair have also recorded a new collaboration on his forthcoming new studio album - set for release next month.