The 'Turn Up The Music' singer admits he is "excited" to be involved with the programme that will support arts education.

Chris Brown has confirmed his involvement with a new charity organization, which aims to offer young teenagers financial grants to help educate about the arts.

The 'Don't Wake Me Up' singer is a keen artist and designer, and will help support projects for young individuals with the charity.

A statement on the official website for the charity states why Chris became involved with the project.

"As a young artist, Chris found personal expression through his creativity. Art gave him an opportunity to be himself, to be original.

"His artistic expression transformed into opportunities beyond his wildest dreams. Opportunities and the trials and tribulations of his life have shaped his vision to use his public platform to impact the world in a positive way.

"Chris believes that every day is another chance to cultivate creativity, promote positivity and lead with love. He dedicates Symphonic Love to his friends, family, and TEAM BREEZY!"

Taking to his Twitter account last night (4th November), the singer admitted how excited he was to finally launch the project.

A source also spoke to Hollywood Life to reveal further details on the foundation and the singer's generosity.

"Chris has been extremely generous with both his finances and time with his foundation," they revealed. "He really wanted to find an effective way to help children and teens... This will be one of the most active foundations established by anyone in his generation. He will be actively engaging with young people and his fans with it."

Meanwhile, Chris was told last week that he will remain on supervised probation, but was cleared to head out on his European tour later this month. 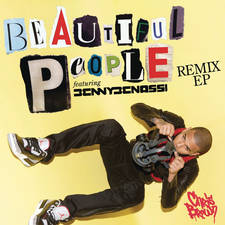