WATCH: Chris Brown Performs 9 Backflips In A Row... And Then The Unthinkable Happens!

C. Breezy shows off SERIOUS skillz in this clip... before it all sadly goes a little wrong!

Chris Brown just managed to show he’s awesome AND possibly the unluckiest man alive all at the same time!

The ‘Fun’ singer was keen to show off his athleticisim on a day trip to the beach this week, and opted to treat his followers to a video clip of him showing off his backflip skills. So far, so good!

In the clip above Chris takes a running start and COMPLETELY blows us away by performing NINE perfect consecutive backflips in a row… before an unfortunate fail where he falls on his ass at the end of the LAST flip! #SlapsForehead.

Poor Breezy! Although being able to do nine backflips in a row still proves he’s probably more athletically skilled than 99% of the population out there. So kudos to him! 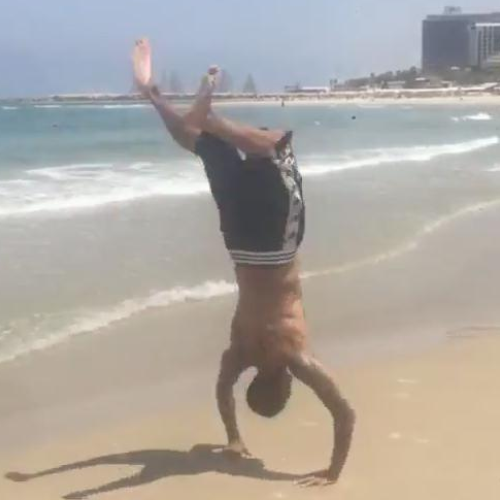