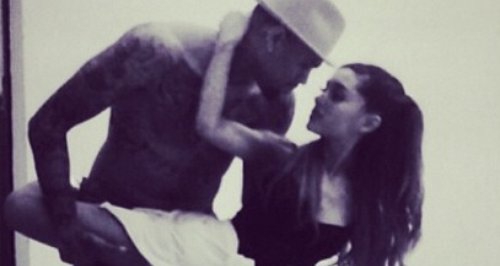 The 'Turn Up The Music' star shares a snap of the pair in rehearsals while teasing their future plans.

Chris Brown and Ariana Grande have teased a potential new collaboration after sharing a snap of themselves in rehearsal for a secret project.

The 'Fine China' singer is preparing for the release of his new album 'X' in May, and uploaded a shot of him and Ariana embracing while rehearsing a dance move recently.

"Coming soon!" Chris simply tweeted to tease the project, while Ariana herself later retweeted the post.

Earlier this week Usher also tweeted to hint at a new collaboration coming from him and 'Turn Up The Music' singer Chris.

Chris Brown is set to release his new album 'X' on 5th May.