The 'Call My Name' singer also reveals how the group were tempted to all get inkings in celebration of their reunion tour.

Cheryl Cole has revealed that her new rose tattoo on her back took 15 hours to complete.

The '3 Words' star admitted it was "really painful" and she's not planning on adding to her collection anytime soon.

"It was really painful but I think I'm done with tattoos now," she confessed to The Sun. "It wasn't for any particular reason, I just liked the design. It took 15 hours in total."

The singer debuted the design during the opening night of Girls Aloud's reunion tour in Newcastle this week, but the Geordie star said she's had the design for quite some time.

"I actually got it five months ago — but it's somewhere on my body you wouldn’t expect people to see it very often," she revealed. "It was done by this amazing artist called Nikko Hurtado who basically travels round the world going to conventions."

She also explained that the entire group were contemplating getting a matching tattoo to mark their return to live performing. 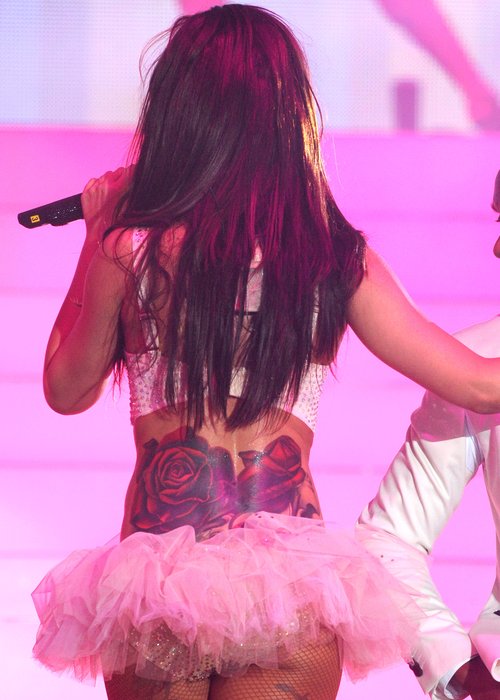 "I was up for getting a small something done for the reunion but the girls aren't quite so keen," she explained.

Bandmate Nicola Roberts added: "I'm too pale for a tattoo — it would stand out like a sore thumb. I might just get a dot like Phoebe from Friends."

The tour continues tonight (23rd February) in the same venue before heading to the likes of London in March and ended on 22nd of next month in Liverpool.