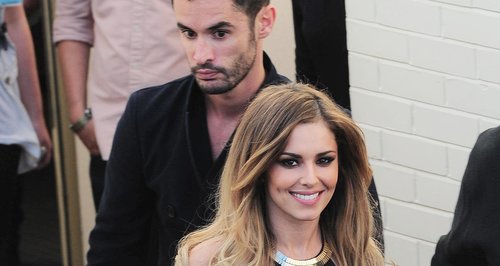 The 'Crazy Stupid Love' star is rumoured to be dating Jean-Bernard Fernandez-Versini.

Cheryl Cole's rumoured new man has opened up about getting to watch her perform on Britain's Got Talent, and learning Geordie words from the 'Call My Name' star.

The UK superstar, who unveiled her 'Crazy Stupid Love' music video this month, and was with Jean-Bernard Fernandez-Versini in Cannes Film Festival recently before he also joined her at the BGT grand finale.

"My English is better than her French, but I teach her the words," Jean-Bernard revealed to The Sun this week. "Mainly the bad words!

"She teaches me the Geordie!" he joked.

Jean Bernard also opened up on one of his first experiences of watching Cheryl, when she performed 'Crazy Stupid Love' on the Britain's Got Talent final.

"She is amazing!" he explained. 'it was good to see her performing, I was proud.

Cheryl Cole is set to perform live at the Capital Summertime Ball 2014 with Vodafone on 21st June.