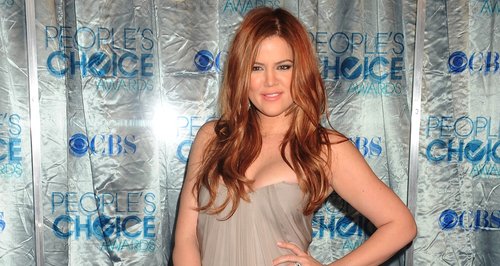 The 'Call My Name' singer is said to be trying to convince Simon Cowell to bring the reality star on board.

Cheryl Cole is said to be trying to convince Simon Cowell to bring Khloe Kardashian to the X Factor UK to fill the remaining spot on the judging panel.

The reality star was a co-host on the US version before being axed in 2013 after just one series.

Heat magazine reports that Cheryl and Khloe bonded at a Kanye West gig back in October and have remained close friends ever since.

"Cheryl knows she has Simon wrapped round her little finger and has told him to give Khloe another chance - she thinks she'd be really witty and funny and is really popular in the UK," a source told the publication.

"She says having a good friend on the panel she can laugh with would be good for the show."

Cheryl made the shock announcement that she was returning to the show earlier this week and revealed how Simon had "begged" for her to come back.

> A History Of Cheryl And Simon's Relationship