The 'Call My Name' singer admits the energy of the crowd helped her get through a gig in the capital this weekend.

Cheryl Cole has spoken about how she overcame illness to perform with her Girls Aloud bandmates in London this weekend.

The 'Promise This' singer admitted to feeling under the weather for days but was "cured" by the energy of the crowd inside the O2 Arena.

"Been feeling so poorly these last few days but when I hit that stage your energy cured me !! #imonahigh," she tweeted to her followers on Friday night (1st March).

The band completed three nights at the venue last night (3rd March) and will head to Manchester tomorrow to continue their reunion tour.

The singer also commented on how "pretty" she thinks the fans coming to the shows have been.

Check out a picture of Girls Aloud celebrating their London residency in the capital last night below: 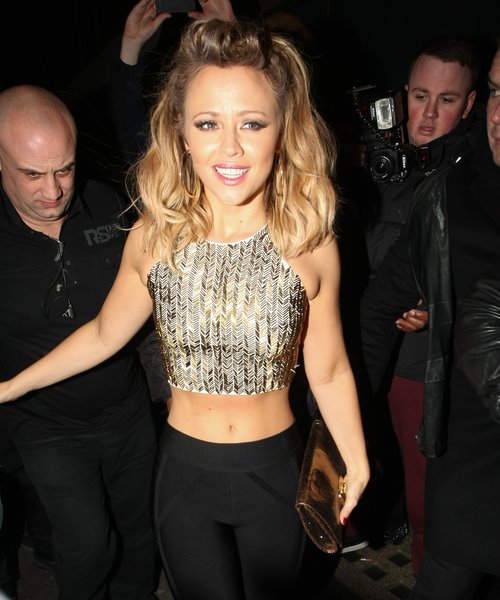 She wrote: "Girls aloud have some of the prettiest fans I've ever seen!!!! #justsaying."

Cheryl has also been on her social networking account this weekend to hit out at reports of her marriage to Ashley Cole and called the new stories "lazy and boring".