Cheryl Cole Goes To The Airport In Slippers: "That's How I Roll"

The 'Promise This' singer says she wanted to be comfortable on the plane because her feet hurt.

Cheryl Cole has been pictured heading to the airport today (20th June) decked out in slippers.

The 'Call My Name' singer was sent a picture by a fan of her walking through an airport terminal this afternoon, and later revealed she had chosen comfort over style because her feet were hurting.

"TRAINERS at the Eiffel tower and now SLIPPERS in the airport! What next?? :o," Twitter user @lisalaudat1 posted today alongside a fan picture of Cheryl, to which the 'Parachute' singer then replied: "That's how I roll #styling."

Cheryl then posted a shot on Whosay that showed her clearly wearing a pair of fluffy black slippers, accessorised with a pink bow.

She tweeted back: "@lisalaudat1 don't hate because you're in high heels and your feet are hurting #AirplaneStyling."

View a picture of Cheryl Cole at the airport today below (Credit: Twitter): 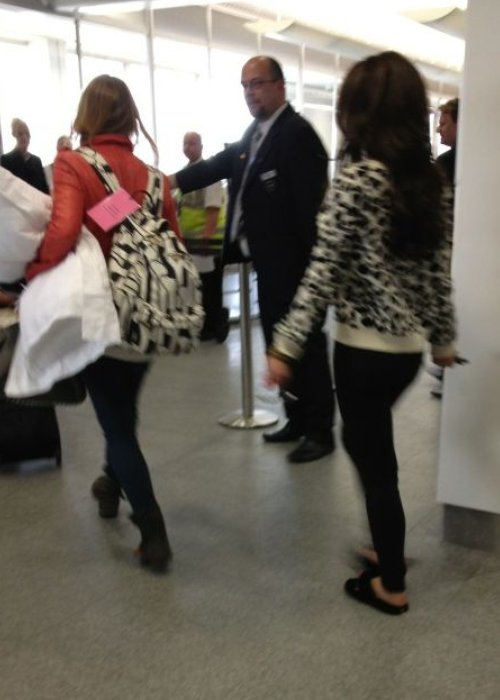 The singer is currently promoting her brand new album 'A Million Lights', which was released this week and features collaborations with will.i.am and Wretch 32.

Cheryl spoke out this week about how excited she is for her first solo arena tour of the UK, which kicks off in October, and said she feels much more comfortable on stage on her own now and has "settled into a groove" with her solo material.

Get a closer look at Cheryl's comfy footwear below: