She famously nearly killed herself and Rita Ora when they filmed their video together, and she’s done it again on set for her track with Ty Dolla $ign and Tinashe!

NEVER let Charli XCX loose with a moving vehicle on the set of a music video – the star has had ANOTHER near-death experience shooting ‘Drop That Kitty’.

Charli famously nearly crashed a pink jeep she was driving on the set of ‘Doing It’ and almost killed herself and Rita Ora, and now she almost did herself a mischief on a bike – are we sensing a theme here?

Charli admitted to MTV that she nearly killed herself on a chopper bike while shooting ‘Drop That Kitty’ with Ty Dolla $ign and Tinashe, explaining, “I nearly crashed a chopper bike and died.” 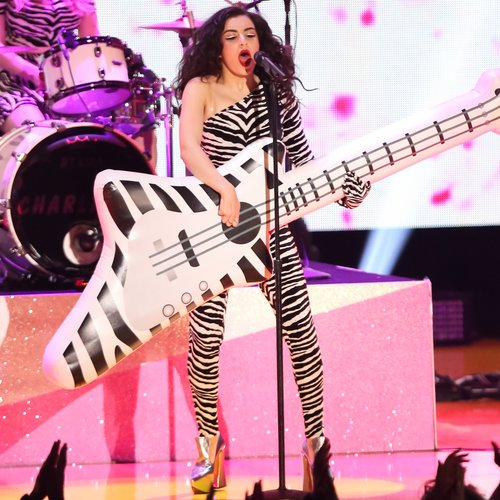 “And also that’s such a stupid thing to do because everyone can ride a bike apart from me. They had to put a tricycle, like what kids use — stabilizers — I had to have stabilizers on my chopper, which was not cool at all.”

Oh Charli, maybe let someone else drive any moving vehicles you’re near next time!

WATCH: Charli XCX's impression of Britney Spears is spot on