We didn't expect to see Camila here just before she shared 'Sangria Wine' with the world!

In the lead up to releasing new music, artists can be forgiven for getting a bit excited. Sharing your new songs with the world is what music stars across the wolrd live for, so if they get a bit hyped on social media beforehand, we can let them off.

Mixing it up a bit, Camila Cabello decided she wasn't gonna go on about her own new single on the eve of its release, but instead sat and watched her buddy Shawn Mendes' live stream, shouting at him in the comments too!

Sharing a live stream of himself getting ready to play an intimate show, Shawn's fans flocked to watch his every move and Camila was determined to make herself heard amongst the crowd. 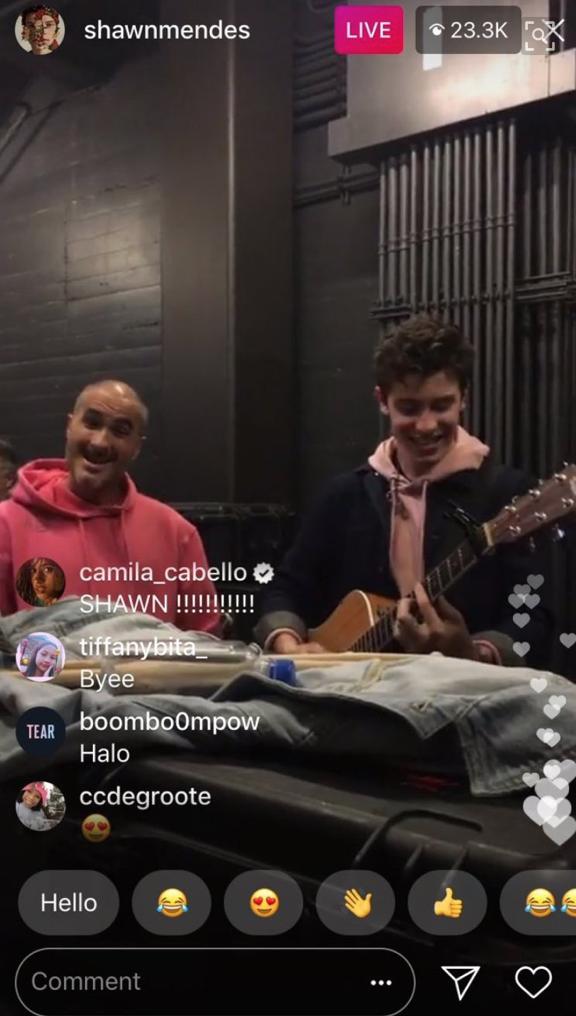 Taking to the comments, Camila wrote, 'SHAWN !!!!!!!!!!' before adding 'NOT GONNA STOP TILL YOU ANSWER ME'. When she realised Shawn was heading onto stage, Camila wrote, 'Ok hes going on stage' before closing with 'OK I LOVE YOU SOOOO MUCH GO KILL IT'.

Camila Cabello drops a single and the first thing she does is hop onto Shawn’s livestream. This friendship is everything pic.twitter.com/hgVdtlCdMr

Proving their status as two of pop music's most loveable BFFs, we can't get enough of these two lately, especially with Shawn's highly anticipated self titled album just around the corner and Camila Cabello's 'Sangria Wine' just out.

Plus, did we mention they'll both be joining us at the #CapitalSTB this summer?