Calvin Harris has hit out at claims that he is to perform at the upcoming wedding of Tamara Ecclestone.

Earlier this month, it had been reported that the singer was to be paid £320,000 for the appearance, as the daughter of Formula One billionaire Bernie Ecclestone prepares to marry stockbroker Jay Rutland.

Speaking on his social networking account, the Scottish DJ quashed the claim, but said he wouldn't mind if he actually was.

"I'm not playing an Eccelstone wedding for £320k - or at all, but I can hand on heart say that I really wish I was lol," he wrote.

Another star who was linked with making a high-profile one off performance was Adele – who was being lined up to take to the stage for a South African juice tycoon's daughter's wedding.

Check out a picture of Tamara with father Bernie below: 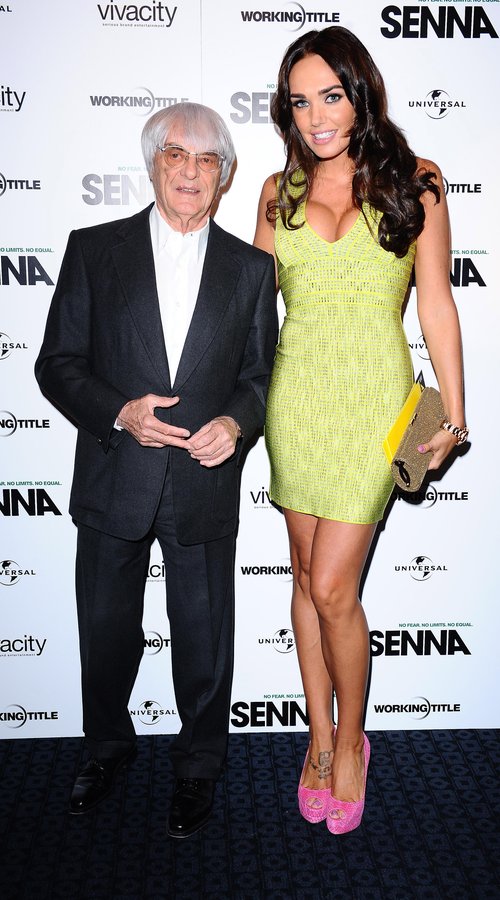 It was claimed that she would cost around £100,000 a minute for the set and thus deemed too expensive.

Meanwhile, Calvin has been pictured shooting scenes for his new music video alongside Ellie Goulding.

The pair were seen getting up close and personal with the pair playing lovers in the promo.