The 'Treasure' singer was seen arriving in the city as he prepares to kick off his 'Moonshine Jungle' world tour.

Bruno Mars has been pictured out for the first time since the death of his mother earlier this month.

The 'When I Was Your Man' singer lost his mum to a brain aneurysm aged 55 and received a host of condolence messages from stars such as Rihanna.

He broke his silence on Twitter a week later to thank fans for their kind messages in what he described as "the most difficult time in my life." 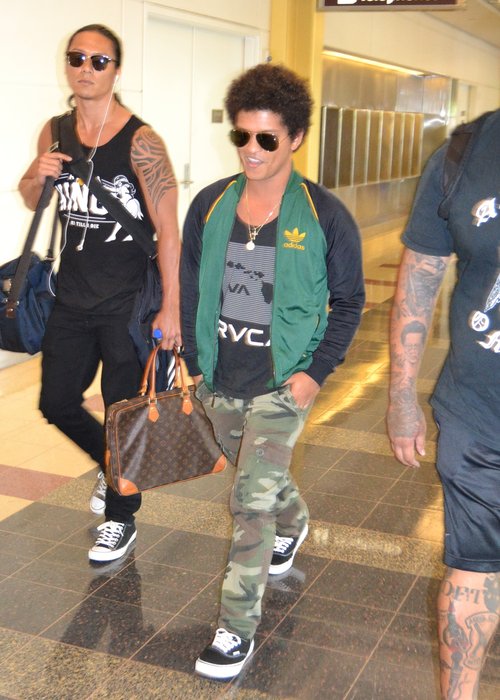 The singer's new outing will kick off tomorrow night (22nd June) at the Verizon Theater in Washington.

The tour will also head over to the UK later this year, starting in Belfast on 2nd October.