The 'Treasure' singer's mother passed away aged 55 this weekend it has been confirmed.

Bruno Mars has been sent well wishes from celebrity friends such as Rihanna after his mum died this weekend.

55 year-old Bernadette Hernandez passed away after suffering from a brain aneurysm in Hawaii, a publicist for his record label confirmed to the Associated Press.

"Sending my love and condolences to @BrunoMars at this difficult time! I'm sincerely praying for you bro! #1Love," wrote Rihanna on her Twitter page. 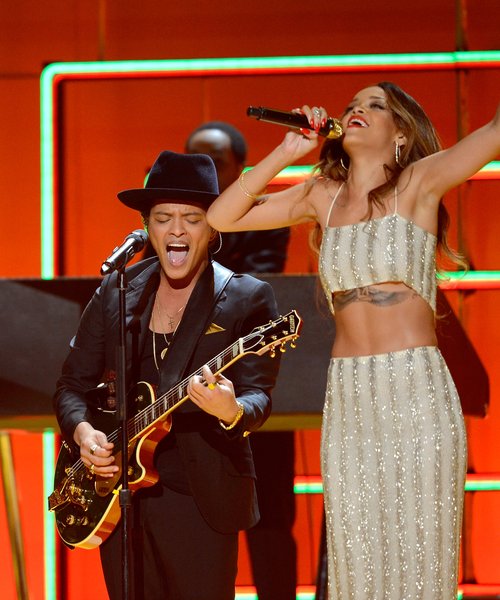 Bernadette leaves behind Bruno, his brother Eric and their four sisters Presley, Tahiti, Tiara and Jamie.

Meanwhile, Bruno will head back to the UK later this year for his 'Moonshine Jungle' world tour.