The 'Grenade' singer also greeted hundreds of fans outside ahead of the Melbourne awards show.

Bruno Mars gave a huge performance at the Logie Awards 2013 in Australia over the weekend.

The 'When I Was Your Man' singer was greeted by screaming fans outside the event in Melbourne on Sunday (7th April).

Bruno opted for a tiger print shirt and dark sunglasses as he made his way in for the industry awards show, later taking to the stage alongside his band to perform former Vodafone Big Top 40 number one 'Locked Out Of Heaven'.

"AUSTRALIA!!! GOOD BE BACK FEELS IT!!!" Bruno tweeted earlier in the weekend. "The band and I are stoked to be playing at The Logies tonight. Let's party Australia."

Check out a picture of Bruno Mars on the Logies red carpet below (Credit: Getty): 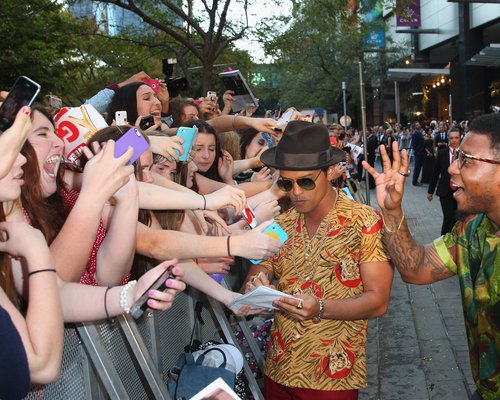 Last week the Hawaiian star opened up about being a young Elvis impersonator in his youth, joking that other children's responses made him feel "like Batman".

Check out a picture of Bruno posing with his band at the awards show below (Credit: Getty): 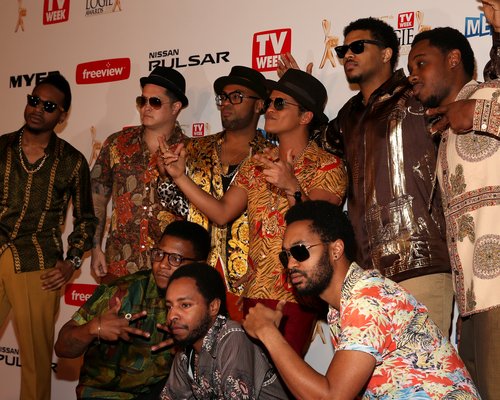 It was also announced last week that Bruno is among the artists who will be performing at the Billboard Music Awards 2013 on 19th May.

Bruno Mars brings his 'Moonshine Jungle' world tour over to the UK in October.

Check out a video of Bruno Mars performing 'Locked Out Of Heaven' at the Logie Awards 2013 below: