Bruno Mars has revealed he 'busted' his chin open on the eve of the Grammys.

The Grenade star required stitches. How did he do it? Moving furniture! The 'Just the Way You Are' hitmaker has been telling his fans everything via Twitter.

He's even tweeted a picture of himself during surgery (below) telling us, "Here's me in surgery. lookin like a WARRIOR! A very bug Eyed warrior. But a warrior nonetheless.

Bruno went on to win Best Male Pop Vocal for 'Just The Way You Are'. 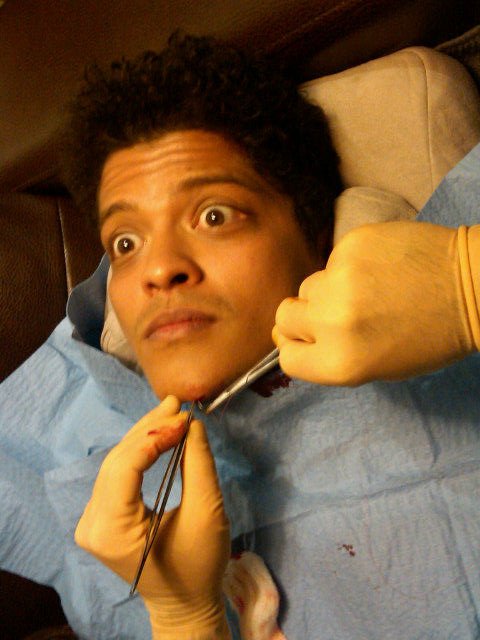