The 'Locked Out Of Heaven' star has announced three new dates for his highly anticipated European tour.

Bruno Mars has added three more dates to the European leg for his upcoming 'Moonshine Jungle' world tour in 2013.

Due to popular demand the 'Just The Way You Are' singer has given fans another chance to bag tickets to see his critically acclaimed show.

He has now released the dates for the new gigs, including London's O2 Arena on 21st November and the Capital FM Arena in Nottingham on 22nd November.

The 'When I Was Your Man' star will round off the jaunt in the North East at Newcastle Arena on 25th November. 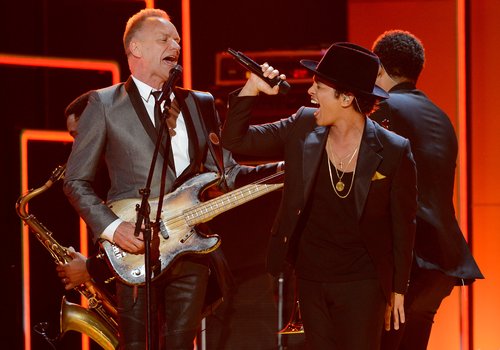 Check out the dates for Bruno Mars' UK and Ireland 2013 tour below, including the recently added shows:

Tickets for the new dates will go on sale on Friday 3rd May at 9am and available by calling the Capital FM ticket line on 0330 33 33 123 or by clicking the 'Buy Ticket's button.

Meanwhile, the singer has also released a video montage of his live performances to accompany the tour announcement.

You can check out the promo footage below: