Britney Spears To Extend 'Piece of Me' Las Vegas Residency? 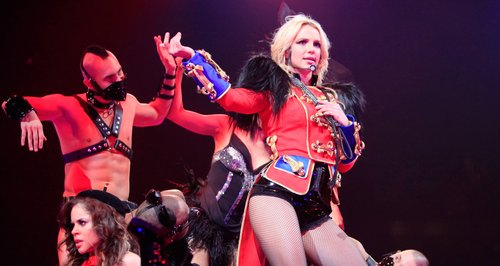 The 'Toxic' singer is reportedly close to signing a new deal which would see her extend her current run of live shows to December 2016.

Britney Spears is about to sign a deal which would see her extend her current 'Britney Spears: Piece of Me' Las Vegas residency up until December 2016, according to the New York Daily News.

The 'Gimme More' singer kicked of her current live shows back in December 27th, and was expected to finish her residency at some point in 2015.

Caesars Palace president Gary Selesner told the New York Daily News, "Britney Spears has been a great success for the company and will be extended, if she wants to do it, and I cannot see why not."

"She has been filling out the place every night, and she is enjoying it and is in good health," he added.

If Britney agrees to the extension of her live dates, she could see herself earning a reported $12 million.