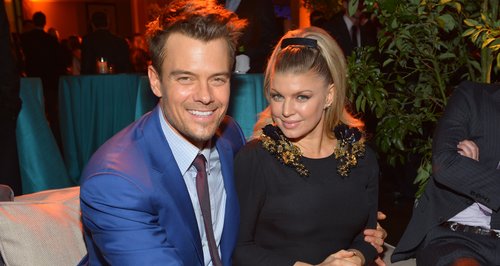 The Hollywood star is asked to pick between a pink and blue baby grow during a TV appearance.

Josh Duhamel has confirmed the sex of his and Fergie's first child together this week.

The Safe Heaven actor was appearing on Live! Kelly And Michael in the US when he picked out a blue baby grow to reveal they would welcome a baby boy.

Josh played up to the audience asking their opinions, with the hosts of the show not expecting him to pick right there and then.

He took the baby grow up to the camera as the crowd cheered on.

Watch Hollywood man Josh Duhamel confirming he and Fergie are expecting a bay boy below:

Upon announcing her pregnancy, she received a host of congratulatory messages – including Will.i.am who said she will be a great mum.

This week it was also revealed that Fergie had legally changed her name to Fergie Duhamel.