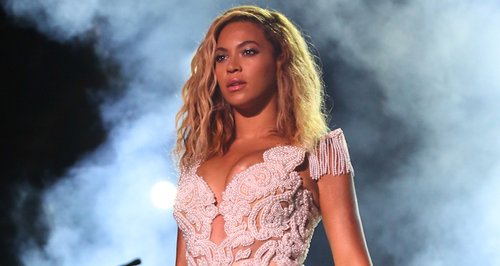 The 'Grown Woman' singer is allegedly expected to release new music before the end of the year.

Beyonce is heavily rumoured to be readying a new single for release in December this year, from her brand new studio record.

The 'Love On Top' singer is currently out on tour but has yet to confirm release plans for her fifth studio record, which has been expected ever since her return to music this year.

However, new rumours across the Internet have pegged an early December release for the album's lead single, although representatives for the star have yet to comment.

"Many in the music industry have gotten intel that Beyonce will put out a single in the fourth quarter," a source told the New York Daily News this week. "It's an official single and it's timed perfectly. It will be out before the end of the year."

The 'Countdown' singer has been spotted out shooting a new music video several weeks ago for an unknown track.

Beyonce launches the next leg of her 'Mrs. Carter Show' world tour out in Australia and New Zealand this week, which starts with a show tonight un Auckland, New Zealand at the Vector Arena.