The man in charge of putting together the Destin's Child singer's outfits talks about working with the star.

Beyonce kicked off her 'Mrs. Carter Show' world tour this week, and the man behind her stage costumers has revealed that she was one of the "sweetest" star's he's worked with.

Peter Dundas was put in charge of designing the outfits and told Vogue that he thought the singer looked "incredible" on her opening night.

"Doing Beyonce's costumes makes a designer want to run home and sketch," he told the publication. "She is one of the sweetest stars to work with. She knows what she wants and what will work for her, but she respects creativity."

"I thought she looked incredible in the costumes, but it's difficult to mess things up with her. She's one of those girls who look even more beautiful without make-up."

Peter is also creative director with Emilio Pucci and said he used his recent 2013-2014 winter collection as one of the starting points.

"She liked the Pucci girl look and vibe of the last show, but we made unique couture versions to make it extra special and also to suit her needs as a dancer," he explained. "Doing stage costumes is a little different than a show - it's like a high voltage version of the runway.

"For certain tableaux, there were specific needs in terms of colour and, of course, she has to be able to change in 59 seconds. That's even less than a quick change in a runway show." 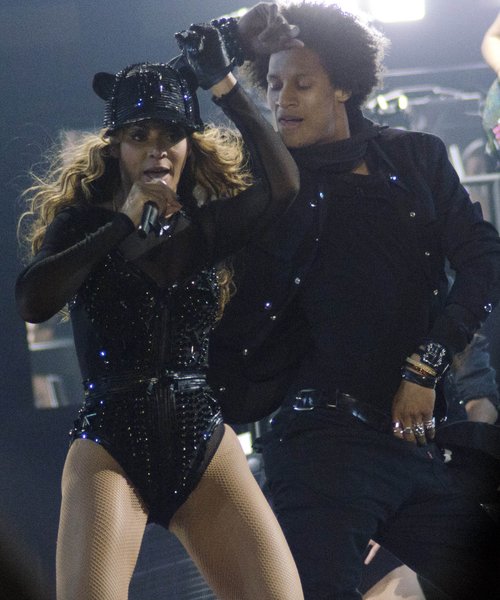 Designer Stuart Weitzman was also recruited to put together designs for the singer's footwear – which included Swariovski crystals.

"Creating footwear for Beyonce's shows has been one of my most inspiring projects," said Weitzman. "She and her entire team know exactly what they need, always focusing on the fashion and the function of the styles that will be worn."

Beyonce performed a hit-laden set on her first tour night in Belgrade this week and will continue the outing this evening (17th April) in Croatia.

The jaunt also heads to the UK at the end of the month with gigs in Birmingham, Manchester and six nights at London's O2 Arena.