The couple were seen hanging out in Havana as they headed for a lunch date.

Beyonce and husband Jay-Z were spotted together in Havana, Cuba this week as they celebrated their fifth wedding anniversary.

The power couple walked hand in hand among the public and were in high spirits as they enjoyed their milestone date.

Law enforcement officers were also called into action as crowds gathered to see the pair – who dined at the restaurant La Guarida.

Beyonce was also seen posing for pictures with several of the local school children on the vist.

The advert features a brand new song called 'Grown Woman' as well as the singer recreating some of her most iconic looks from her past music videos. 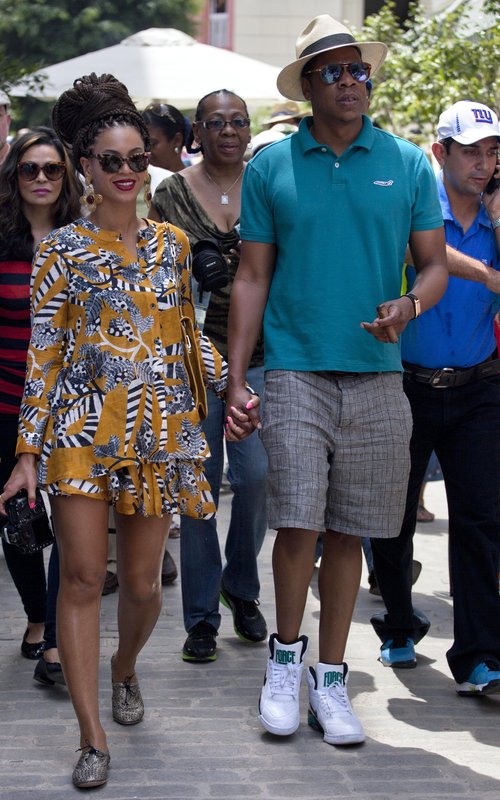 Speaking in a newly released behind the scenes clip form the promo, she said that it was an "emotional" experience getting back into some of her old outfits.

Beyonce is also preparing to hit the road this month on her 'Mrs. Carter Show' world tour.