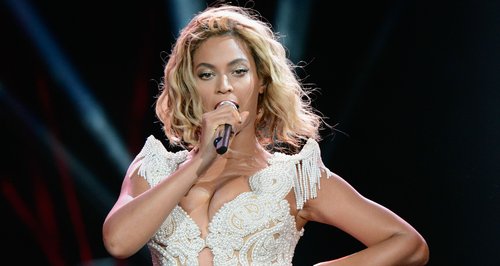 The 'Drunk In Love' star has become the first woman to reach number one with her first five albums.

Beyonce has broken a new record in the US after scoring a new number one on the US Billboard Top 200 chart with her latest release 'Beyonce'.

The 'XO' star released her album without any announcement or promotion on Friday (13th December) last week, surprising the world and going on to massive sales success worldwide on iTunes, selling over 800,000 copies worldwide in just three days.

Beyonce has now reached another milestone after becoming the first woman to reach number one on the Billboard album chart with her first five records.

2011's '4' also reached number one, and 'Beyonce' has now made it to number one after selling an estimated 617,000 copies up until Sunday this past week, according to Nielsen SoundScan.