Ariana Grande is reportedly engaged to Saturday Night Live comedian Pete Davidson just months after her Mac Miller split – so what do we know about the new boyfriend?

As Ariana's one of our favourite girls, we needed to get the low-down on who herrumoured boyfriend, Pete, from Saturday Night Live, really is:

Pete Davidson has been a regular cast member on 'Saturday Night Live' since 2014, and was actually one of the youngest cast members to ever join SNL's iconic roster. He has also appeared in 'Brooklyn Nine-Nine' and was one of the many comics on the dais for 'Comedy Central Roast of Justin Bieber'. 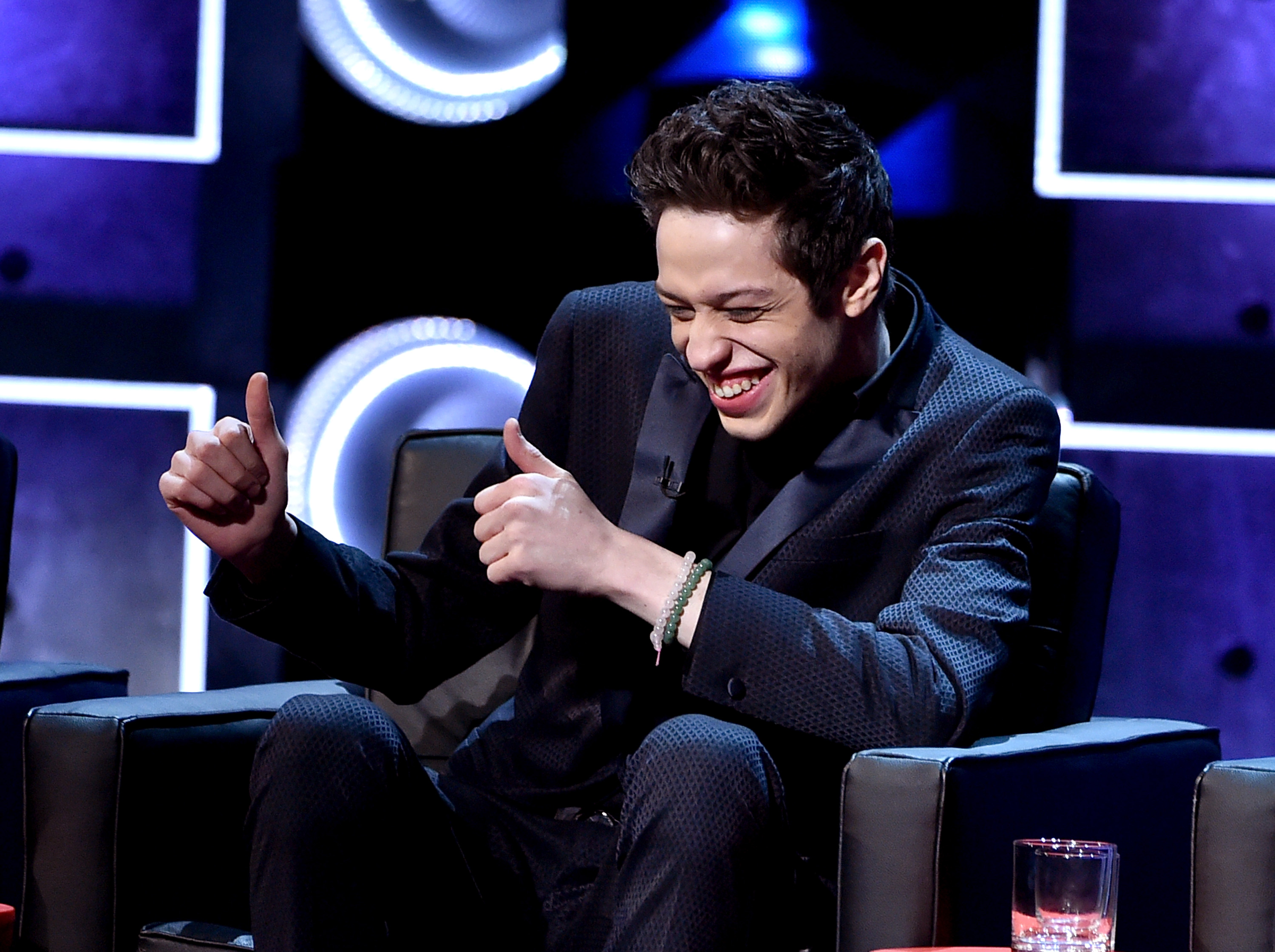 How old is Pete Davidson?

Born on November 16, 1993, Pete is 24 years old, making him the same age as his rumoured girlfriend, Ariana Grande.

How tall is Pete Davidson?

Who did Pete Davidson date before Ariana Grande?

Recently, Pete was known to be dating Cazzie David, the daughter of famed comedian, Larry David. Their relationship lasted for two years, until Pete told Complex on May 17 that they pair were no longer together. He did, however, praise Cazzie, saying she was a "very talented girl" and that "she'll be great and she'll be fine".

Does Pete Davidson have Crohn's disease?

Pete was diagnosed between 17 and 18 with Crohn's disease, and is said to receive intravenous treatment to help cure the pain.

Do Ariana Grande and Pete Davidson have a matching tattoos?

While it hasn't been confirmed, many fans have spotted than Pete Davidson does have a tattoo of a cloud on his finger. Many think this is to do with Ariana Grande (who also has a tattoo on her finger) as she's recently been teasing a new project with the cloud emoji.

> Grab Our App Now, And We'll Keep You In The Loop With Everything Ariana Grande!