Ariana Grande's Album Collaborators Have Supposedly Been Leaked & They're Huge

Eagle eyed sources are claiming Ariana snapped this blurry list of artists before quickly deleting it leading to questions about possible features on her upcoming album!

A screenshot that Twitter users are claiming to be posted from Ariana Grande's Snapchat that she quickly deleted includes a list of huge names, which people reckon are the names of her upcoming album features.

Ariana uploaded a snapchat and then she deleted it. You can see there's names of others singers like Lil Yachty, Nicki Minaj, Camila Cabello, Drake, The Weekend... What do you think it could be? #NoTearsLeftToCry #StreamNoTears pic.twitter.com/OgQE6c4I8D

OMG I HOPE ITS COLLABS

In the shaky screen grab, a whole host of the biggest artists can be made out, from Camila Cabello, Nicki Minaj, The Weeknd and even Drake! 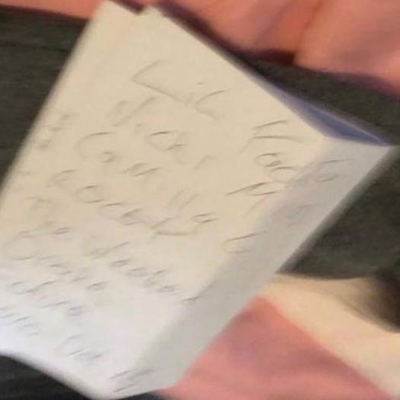 This is a seriously epic list of names, and if it's true then this has just taken her next album to a whole new level and we can't stop what her song with Lil Yachty would sound like?!

Until she dropped her new single 'No Tears Left To Cry' last Friday she had been completely absent from social media for a months - but in the build up she did some similar 'tweeting and deleting' of cryptic teardrop emojis before the single's release, which leads us to think that teasing could just be her new thing. Others are claiming that she never posted this at all.

Ari and those close to her also sported jumpers with the track's upside title on, so if you start seeing her boyfriend Mac Miller wandering around in a Drake hoodie- you'll know what's about to go down!

Ariana, girl, you have to stop playing with us like this, this level of excitement is getting out of control.