From toasting marshmallows to running around Harry Potter World in matching capes, Ariana Grande and Pete Davidson are the couple goals we didn't know we needed.

Ariana Grande and rumoured new boyfriend, SNL comedian Pete Davidson might be our favourite new couple of 2018, as they share videos of them cozying toasting marshmallows and are spotted running around Harry Potter World in matching Hogwarts capes. Yes, really. 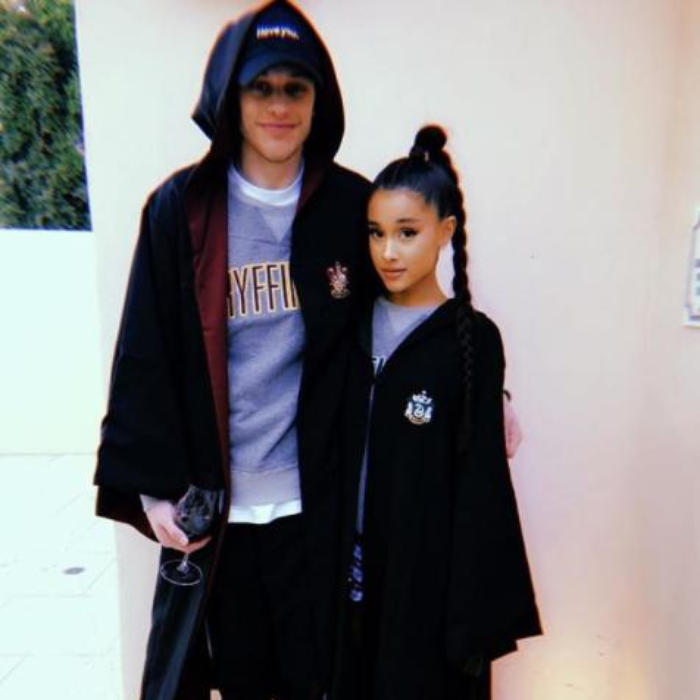 Having made it incredibly clear that she is moving on from her troubled ex Mac Miller when replying to one Twitter users comments, fans are over the moon to see her sharing happier moments with Pete, who she is also rumoured to now have matching cloud tattoos with.

ariana and pete burning their mellows...this is so damn cute and im happy they’re spending time together pic.twitter.com/Gqb7mh91h9

Fans even saw the pair together wearing matching Hogwarts capes as they visited The Wizarding World Of Harry Potter at Universal Studios and simply cannot handle how cute this entire situation is.

I dead ass just saw Pete Davidson in a Hogwarts robe at Universal Studios. I think he was with Ariana Grande.

More pictures of Ariana with fans at Universal Studios (May 27) pic.twitter.com/0uLQ3Nrw2P

They are both enormous fans of the franchise, with Pete even having an Albus Dumbledore quote inked on his forearm. It's clearly meant to be <3.