WATCH: Ariana Grande Covers Whitney Houston’s ‘I Have Nothing’ In Concert

Ari proves why she’s been touted as a mini singing diva with her INCREDIBLE cover of the Whitney classic.

Ok, we are in SERIOUS awe of Ariana Grande’s voice after hearing her UNREAL cover of Whitney Houston’s ‘I Have Nothing’.

Ariana Grande's impression of Celine Dion is beyond hilarious

Ariana channeled her idol during one of her Honeymoon Tour dates when she brought out legendary songwriter David Foster to accompany her on the piano. 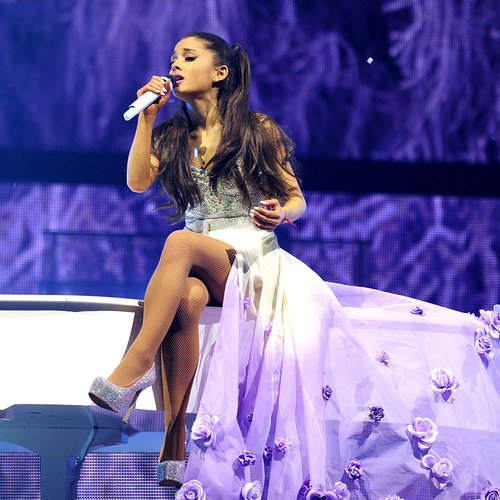 David Foster wrote and produced ‘I Have Nothing’ for The Bodyguard’s soundtrack back in 1992 – which is actually a year before Ari was even born!

Fans at The Forum in Los Angeles on Wednesday night got to hear Ariana’s version live as well as getting a guest performance from Justin Bieber too.

We’ve still got chills from those high notes – go on, Ariana!

Uh-oh! Big Sean denies threatening Justin Bieber on Twitter for getting too close to Ariana Grande