Ari returned to the city to raise money for the victims of the attack and their families, and she got a huge line-up of stars involved.

Ariana Grande came back to Manchester to perform a benefit concert to help raise money for the victims and the families affected by the terrorist attack following her Dangerous Woman tour - and she brought a host of MASSIVE stars with her too.

Justin Bieber broke down on stage whilst addressing the crowd following an incredible stripped down set...

> WATCH: This School Girl Crying Whilst Singing With Ariana Grande Is Absolutely Heartbreaking

Ariana joined the Black Eyed Peas on stage for an empowering rendition of their throwback anthem 'Where Is The Love?' and then took to the stage for one of the most poignant moments of the entire show where the 'One Last Time' star sang a beautiful collaboration with the Parrs Wood School Choir.

Before the show, our very own Roman Kemp was on call to speak the fans in the crowd ahead of the amazing performances.

Pharrell & Miley Cyrus took  to the stage to sing 'Happy', proving that we all stand together...

For All The Latest News, Info & Videos From Ariana's Manchester Benefit Concert, Download Our App

When Little Mix took to the stage, they performed their huge hit 'Wing's and revealed to the crowd the powerful meaning behind why they chose that song...

Mancunican legend Liam Gallagher and Coldplay's Chris Martin also put their previous differences aside for the evening and took to the stage together for a really moving performance of Oasis classic 'Live Forever'...

When is Ariana Grande’s concert going to be?

Ariana's gig will be taking place on 4th June 2017, less than two weeks after the tragic events following her Dangerous Woman tour date. The show is set to be begin at 7pm.

Where is Ariana Grande’s benefit concert going to be held?

The gig will be held at Old Trafford Cricket Ground in Manchester. 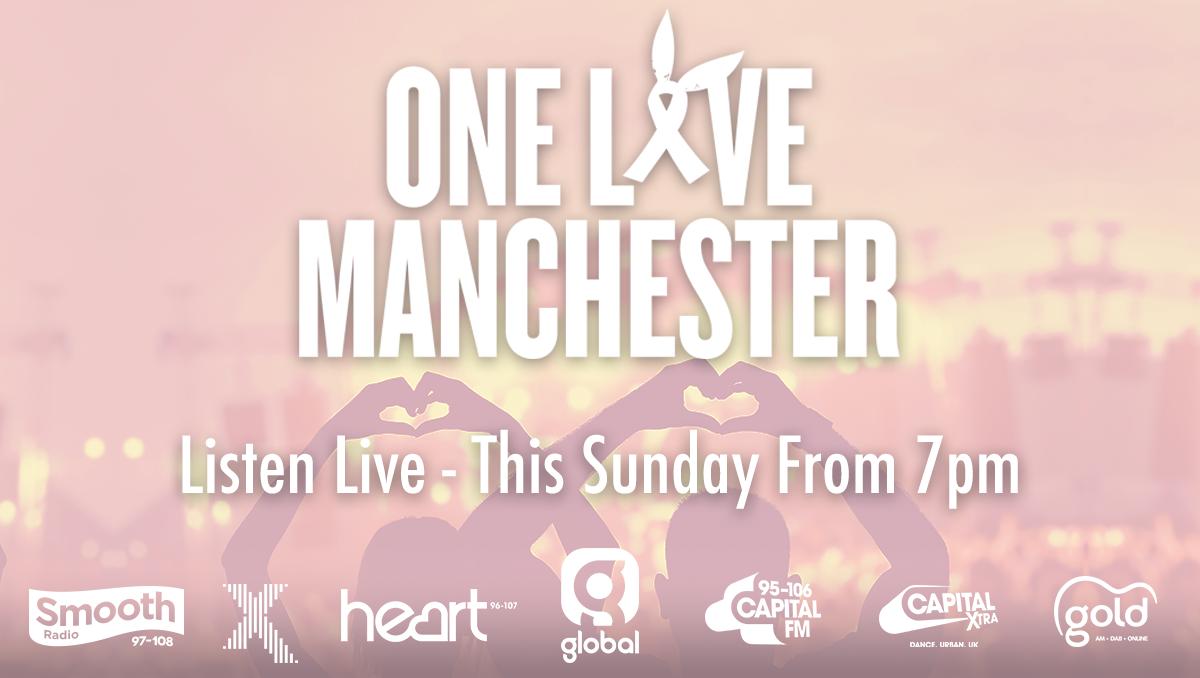 Who is going to perform at Ariana’s benefit gig?

The line up for the concert is Ariana Grande, Justin Bieber, Coldplay, Katy Perry, Miley Cyrus, Pharrell Williams, Usher, Take That, Black Eyed Peas, Robbie Williams and Niall Horan. Little Mix have also been announced to perform at the gig, and there are rumours there may be a few more names yet to come.

Who will the proceeds from tickets go to?

Money raised from the tickets will go to the We Love Manchester emergency fund, a central fund to support the victims of the Manchester terror attack as well as their families.

Where can I catch all the action from the gig?

Keep it Capital - we'll be bringing you everything from Ari's gig as it happens. Download our app now to stay up to date with all the latest information and news around the show.

Marvin Humes and Kat Shoob will be bringing you all the live coverage from the Manchester stage, whilst Roman Kemp will be sharing all the backstage chat from the artists involved.

Where can I buy tickets for Ariana Grande's benefit concert?

General admission and hospitality tickets have now sold out.