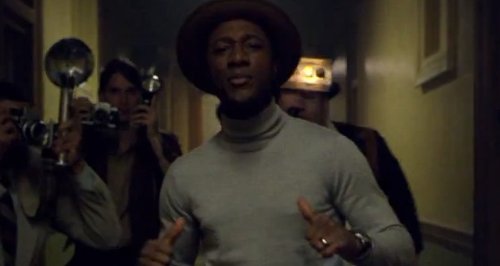 Check out the 'I Need A Dollar' singer's music video for his brand new single.

Aloe Blacc has unveiled the motivational music video for his upcoming hit 'The Man'.

The American singer, who scored a huge hit in 2013 featuring on Avicii's 'Wake Me Up', shows off his incredible vocals skills on the new track.

> WATCH: Aloe Blacc's music video for 'I Need A Dollar'

Aloe is seen performing on stage alongside a band, in front of a grand piano and walking through a hotel in the uplifting new promo.

Aloe Blacc launches 'The Man' as his new single on 30th March with his album 'Lift Your Spirit' following on 7th April.