As a former winner of Strictly Come Dancing we can imagine how having 'a man with two left feet' might be a bit of a problem.

Well, that's the predicament Alesha Dixon finds herself in on her new single, The Boy Does Nothing. It's a real mambo-flavoured number (could this kick start Lou Bega's comeback?) about a thoroughly useless man who quite literally does nothing. We can just imagine her doing one of her winning Strictly routines to this one!

'Does he wash up? / He never wash up / Does he clean up? / He never cleans up' she sings on this infectious ditty that's produced by Girls Aloud hitmakers, Xenomania. Taken from her forthcoming album, The Alesha Show, released on November 17th, it should hopefully set her on the way to solo megastardom.

If you fancy giving the song a spin, you can find it over on Alesha's official Myspace page now. 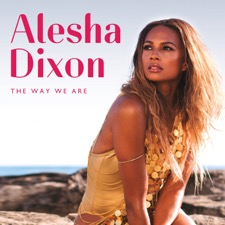