Alesha officially declared her support of the charity at the 95.8 Capital FMs Summertime Ball, which supported Help a London Child with a £100,000 donation.

Alesha said: I am very honoured that Help a London Child asked me to be an ambassador and I have accepted.  I have supported the charity for some time now and it makes sense to make my involvement more official. I am looking forward to continuing my support and I have already volunteered to run the Royal Parks Foundation Half Marathon to help raise funds for the charity!

Alesha has been a great supporter of the charity, which helps disadvantaged children and young people living in the Capital, previously supporting the Help a London Child Appeal, launching and taking part in the Bupa Great Capital Run and presenting at the Capital Awards.

Kate Crabtree, Help a London Child Manager said: This is fantastic news for Help a London Child and we are absolutely delighted. Aleshas thoughtfulness and compassion make her the perfect ambassador and we look forward to her continued invaluable support. 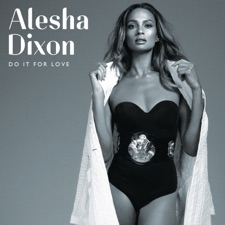