Luke Friend To Be Joined On Stage By Adele If He Reaches Final Of The X Factor 2013? 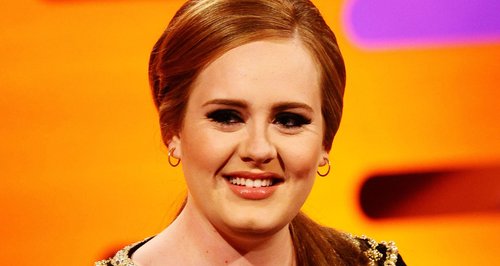 The 'Rolling In The Deep' singer tweeted her love for the contestant earlier this month.

The X Factor 2013 hopeful Luke Friend could be joined by Adele if he makes it to the final of the show, it has been claimed.

The 17-year old contestant received a tweet from the 'Someone Like You' singer earlier this month after she watched one of his performances and he's now revealed how much a collaboration would mean.

Speaking to Closer, he said: "It was amazing for Adele to tweet about me. I'm a massive fan of hers – I'd love to do a duet with her one day."

Whoa Luke Friend was ridiculously good in that sing off on X factor! I want him to win! X

Sam also revealed this week that One Direction's Harry Styles gave her some words of encouragement before her performance last weekend.

The boyband were also on the show to perform their new single 'Story Of My Life'.