The 'Rolling In The Deep' star could be set to tie the knot with Simon Konecki in July.

Adele is rumoured to be planning on marrying boyfriend Simon Konecki this summer in a "50s themed" wedding.

The 'Someone Like You' star welcomed her first child with the charity worker towards the end of 2012 and could now be set to tie the knot in July.

"It's been one of the best years of Adele's life and to get married is the most amazing way to round it off," a source told Heat magazine. "She's never been so in love."

Speaking about the smaller details of the ceremony, the insider added: "She's planning a modest do at a local church in a small village near their home in Sussex.

"The reception will just be at their house - it's all very low-key. Even the menu won't be fussy - Adele likes good home-cooked food."

It has also been reported that the British star may opt to stay clear from traditional white, but will not be seen in her usual black.

"She's joked around, but she won't be wearing a black dress on her wedding day - though she's not sure it will be white either," the source explained. 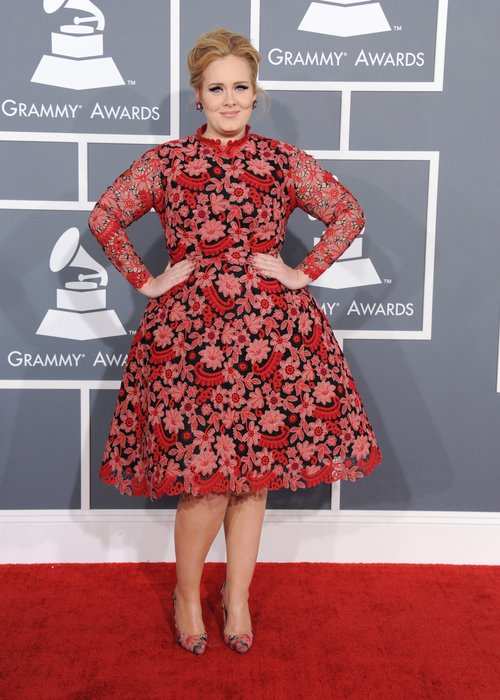 Meanwhile, Adele was recently rumoured to be moving to LA to raise her baby son and is also said to be busy working on her new album.

Robbie Williams has quashed reports that she is also set to feature on his new swing album – despite previous claims.