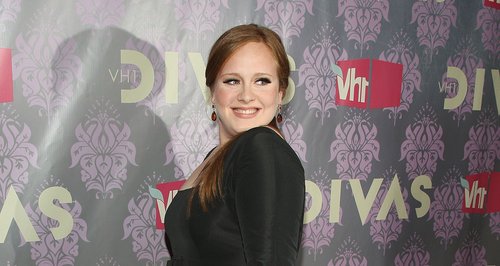 Scientific research has resulted in the '21' star's tune topping a list of romantic tracks.

Adele's cover of Bob Dylan's song 'Make You Feel My Love' has been named as the perfect love song by scientists.

Research conducted by Spotify and a professor in Cognitive Psychology and Neuroscience concluded the song was the ultimate romantic track.

Also making their way into the top 14 were Leona Lewis' 'Bleeding Love', Alicia Keys' song 'If I Ain't Got You' and classics from Marvin Gaye and Elvis.

The research said that the perfect formula "includes sentimental lyrics, a slow tempo, syncopated rhythm, in a major key and standard chord progression."

"You see that there are two accents close together, repeating every bar. This creates the feel of a relaxed heartbeat. Some researchers believe this is the reason why these rhythms have a soothing and relaxing quality."

Check out the full top 14 perfect love songs below:

Meanwhile, why not check out Capital's pick of the most romantic lyrics in music.