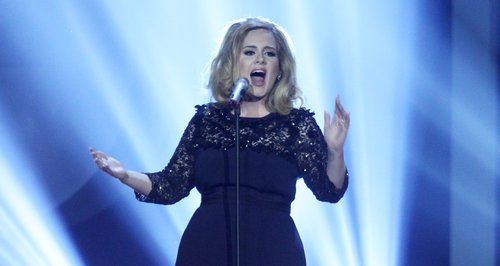 The '21' star is being lined up for a special duet for the legendary rockers' gigs next month.

The Rolling Stones are reportedly keen on performing a special duet with Adele during their gigs at London's Hyde Park next month.

The rockers will perform two dates in the capital during July and think getting the 'Someone Like You' singer on board would be "a massive coup".

"The Stones would love to get Adele on with them," a source told The Sun. "It would be a massive coup, even for them, because she's been a bit reclusive since her son Angelo James was born."

During US dates on their current world tour, Mick Jagger and co have been joined by a host of stars including the likes of Katy Perry, John Mayer and Lady Gaga.

They were also last night (3rd June) seen alongside Taylor Swift – who performed 'As Tears Go By' together. 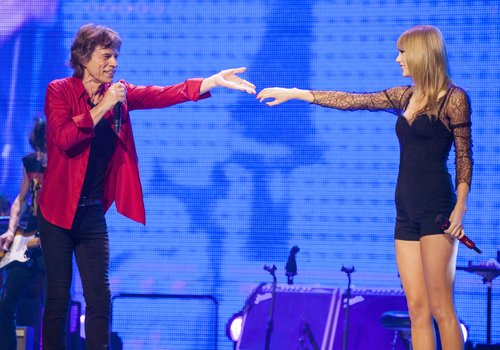 "She [Adele] is the name they want to announce as their special guest— and their invite should be special enough to get her out on stage," the source added.

"At the minute it's 50/50 that she'll do it, but Mick is quietly confident he can pull it off. They want to make the Hyde Park shows a highlight of their tour, and her appearing would make it really special."

Adele is yet to make a high-profile public appearance since winning an Oscar for her song 'Skyfall' back in February.